The Points to Grid option accepts a set of taxon occurrence records (single species or more likely, a list or assemblage) and transforms these points into three separate outputs that are all related to a user-nominated grid size:

This tool transforms occurrence points to areas containing occurrences. The sites by species matrix is probably the most common data structure for ecological data analysis. The number of species occurrences and the species richness (unique number of taxa) are independently averaged over a moving window of grid cells.

From the menu option, select Tools and then Points to Grid.

Choose an area to apply the species to grid process. You can define a new area on the fly or use a previously defined area. NOTE: Using the ‘Current extent’ window as the default may not be wise if that area contains marine and terrestrial environments and if the species of interest are only in the one environment. For purely terrestrial or marine species, it is better to define the area accordingly to reduce the size of the job. If you exceed the capabilities of the server, you will get a warning and the process will stop. You can then either reduce the area as stated, or the grid size or both.

Any predefined area (Queensland) listed as a map layer in the top left layers list can be used for a Points to Grid. 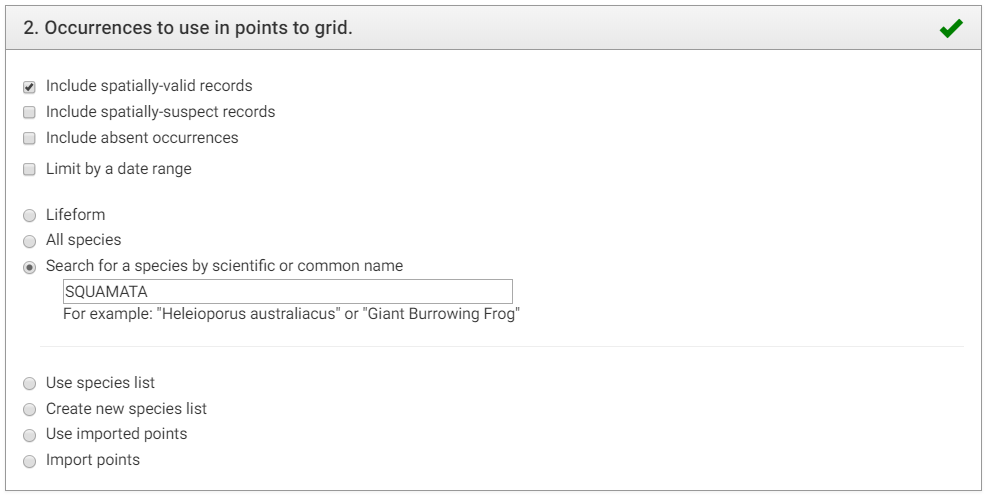 A single taxon (species or higher taxonomic level) or a List of species can be used. Either search for the scientific or common name, create a new list of species or use an existing list.

The user must choose to produce one or more of the following:

Once all selections have been made, choose Next. 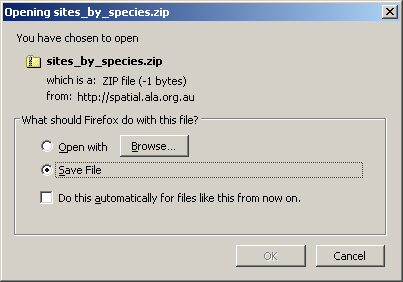 A sites by species CSV file containing a record for each grid cell with the presence or absence of the selected species. The first three fields of each record contains a cell identifier (concatenated longitude and latitude), the longitude (decimal degrees) and latitude (decimal degrees). This matrix is often sparse meaning that cells contain more absences than presences. 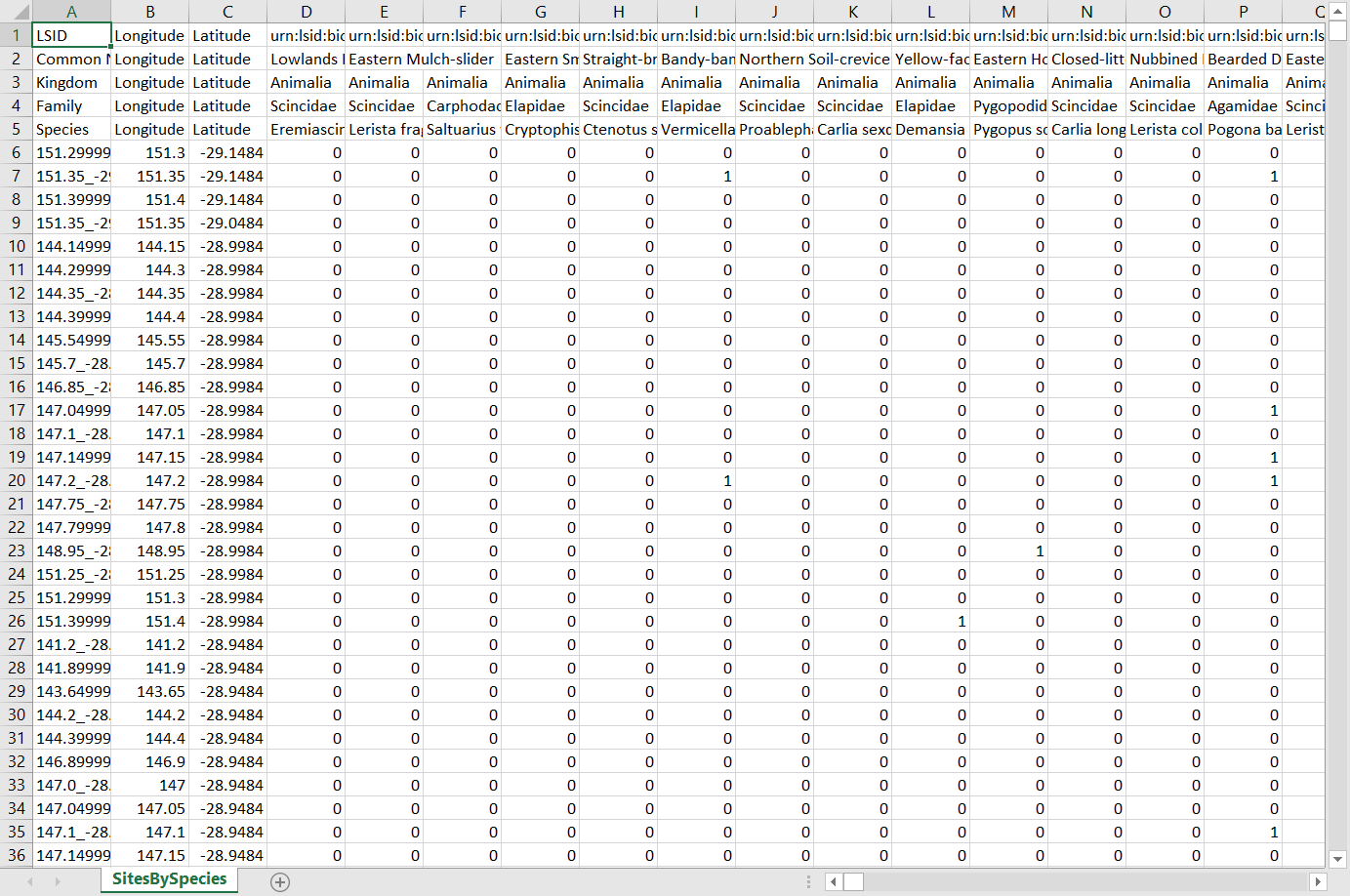 The occurrence density layer is the average number of species (or other taxa) occurrences within each grid cell area based on the moving average window parameters. The colour legend gives the ranges of values for the Occurrence Density layer. 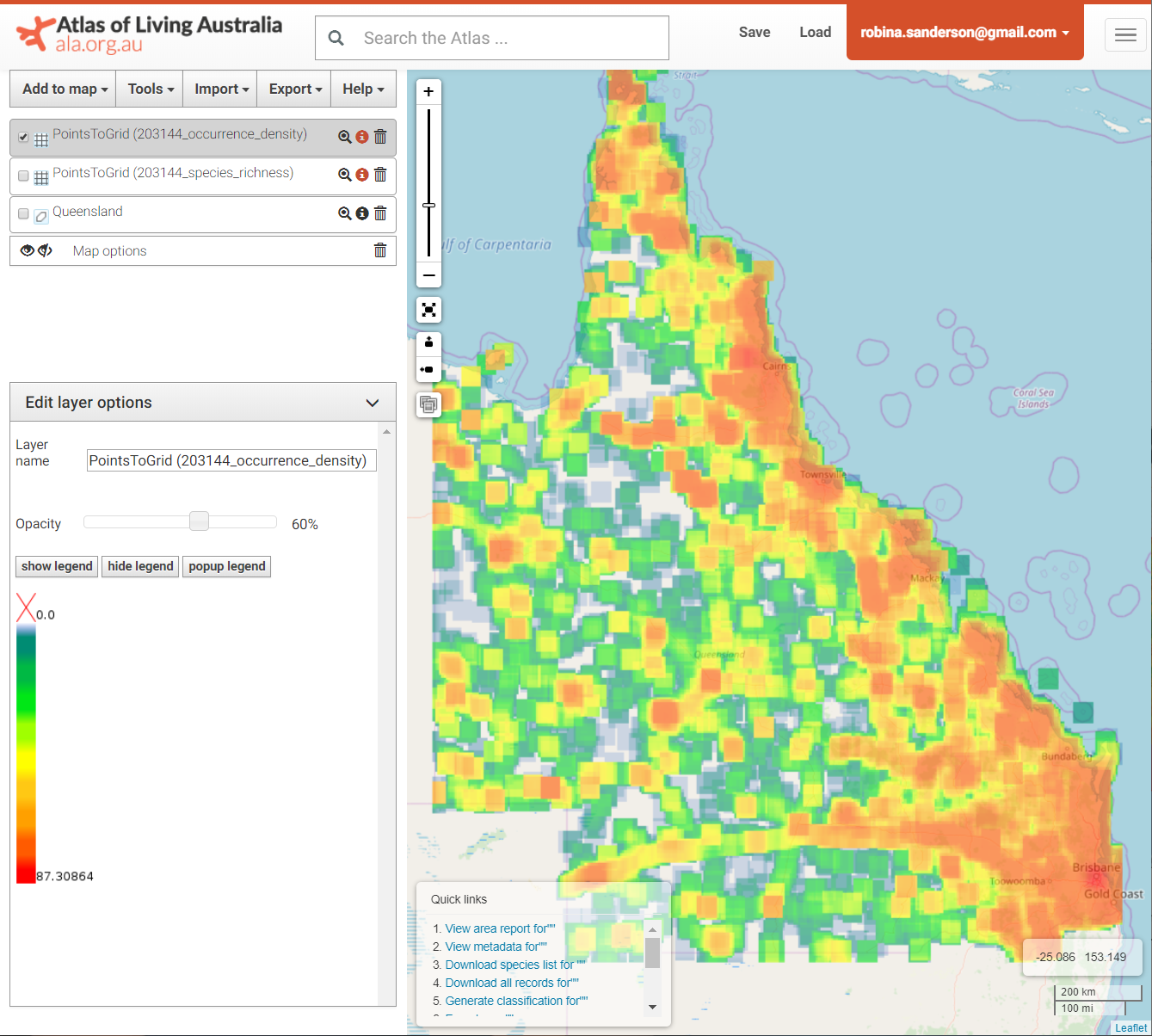 Note: Occurrence Density may reflect the survey effort. Occurrence density is generally greater along roads and near sites of higher human population.

This layer shows the average species richness (uniqueness count) in each grid cell area based on the moving window parameters.

The colour legend gives the ranges of values for the Species Richness layer.

Results are provided as a layer on the spatial portal map and as a pop up window.

NOTE: Running this tool may take some time, this analysis took approximately 20 minutes. 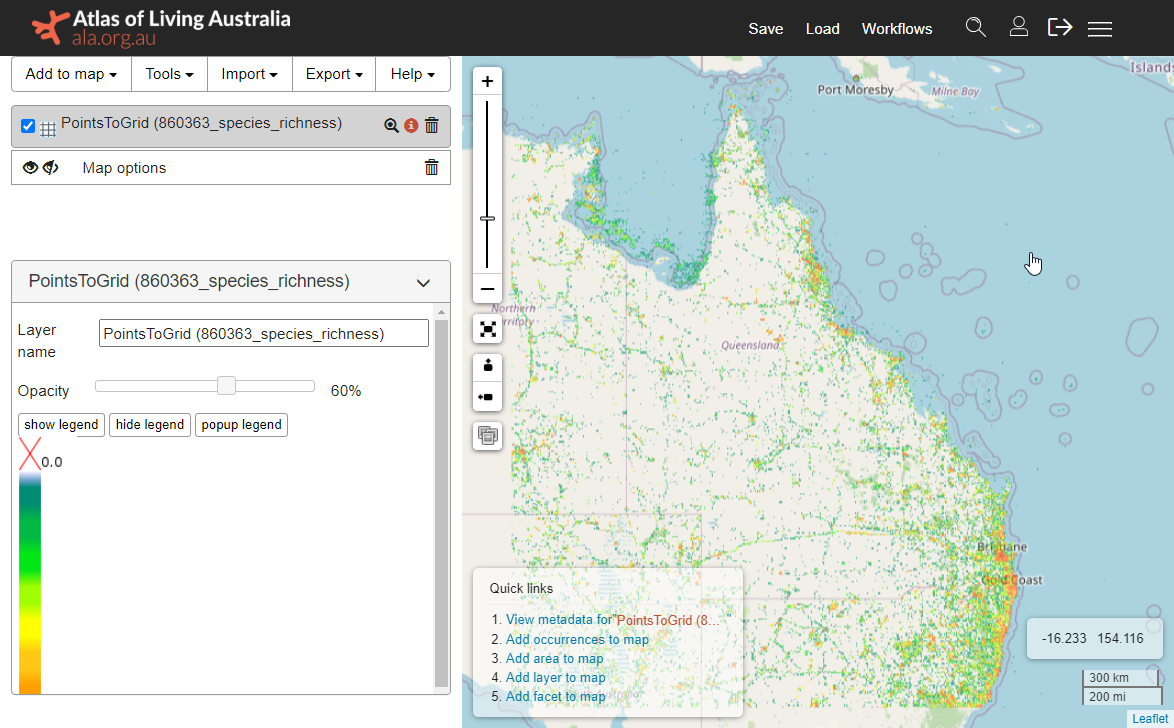 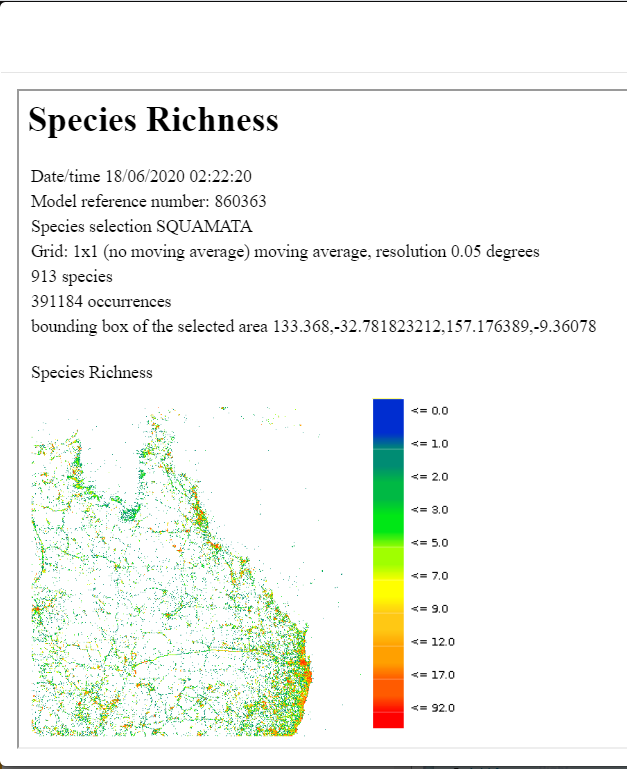