You can import or upload an area into the Spatial Portal using one of three standard geospatial polygon area definitions.

The choices are to import:

Note that imported data should use the datum WGS84. This is the datum used by most GPS units and also by Google Maps and Google Earth. Also, if the polygon contains more than 5,000 vertices, it will be geometrically generalised to <= 5,000 vertices and you will get a pop-up warning about it. The reason for this is that our system currently struggles to handle areas more complex than that. If this limitation causes you problems, please contact support@ala.org.au.

When an area is imported/uploaded, it is added to the map and creates a new active layer available in the layers list.

To import a geospatial polygon area directly, on the menu select ‘Import’ and then ‘Areas’.

Note: The same import options are also to be found wherever an area can be defined, for example, under Add to Map Areas, or in the steps of Tools options that require a definition of an area. 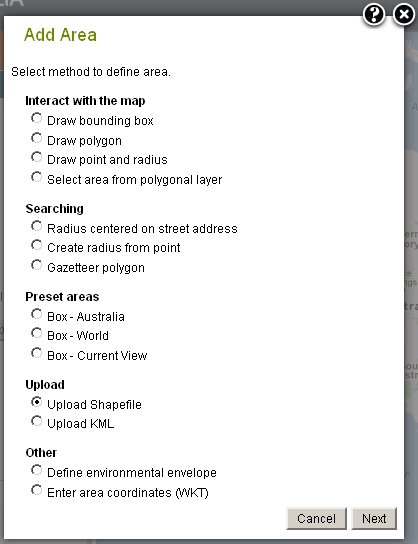 ESRI Shapefiles are a common open file format used to encode polygonal data. A shapefile is a zip file containing a number of files relating to different aspects of the definition of the area.

Shapefiles of defined areas can be exported from the Spatial Portal. (RL: Add link to export)

Upload a shapefile zip to create an area layer 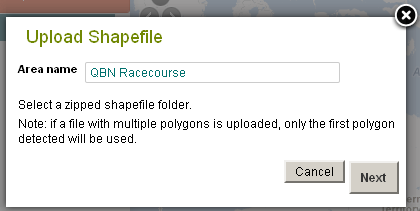 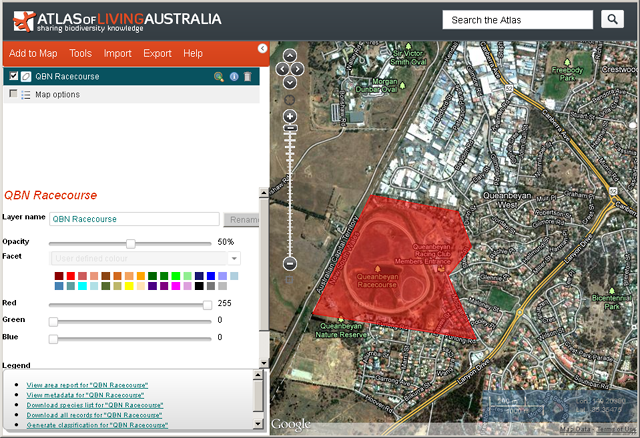 The uploaded shapefile layer is added to the map. The satellite base map is shown above.

The uploaded shapefile becomes an active layer available for use in the analysis and export.

A KML file can be exported from the Spatial Portal or Google earth. (RL: Add link to export) 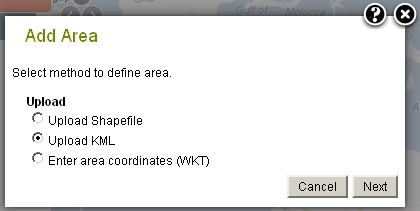 Name the area layer for the imported KML file 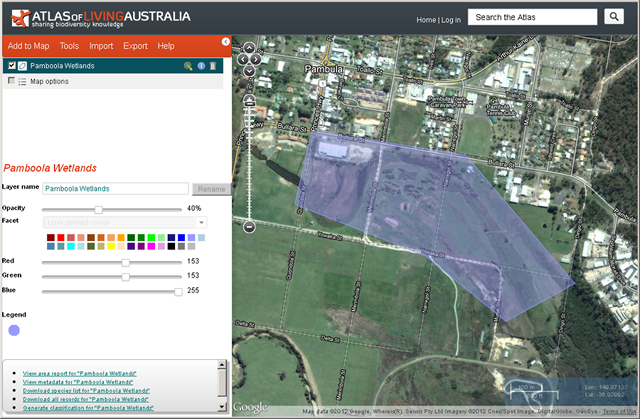 The uploaded KML layer is added to the map. The satellite base map is shown above.

The imported KML becomes an active layer available for use in analysis and export.

Well-known text is an extremely simple standard for encoding geographic features. For details about the WKT markup syntax, please refer to http://en.wikipedia.org/wiki/Well-known_text.

Unlike the other formats used in the Spatial Portal, WKT is pasted into the box rather than imported as a file, but we will probably also support the import file version shortly.

WKT of defined areas can be exported from the Spatial Portal. (RL: Add link to export). 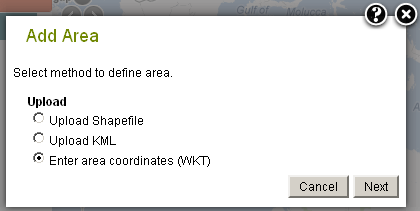 Choose to submit WKT to create an area layer 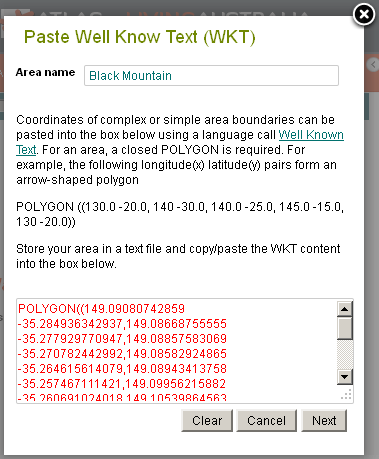 Paste in the WKT polygon details into the text field 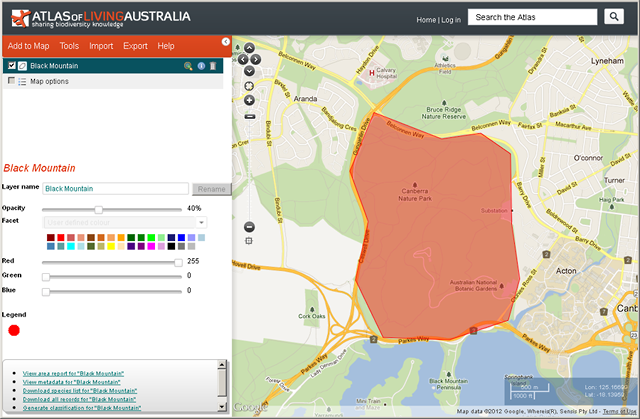 The uploaded WKT layer is added to the map. The normal base map is shown above.

The pasted WKT becomes an active layer available for use in analysis and export.

It is there, but then again, for these temporary layers, it is minimal.