‘Spatial intersections’ is a phrase used in the ALA to refer to the value of an environmental or contextual attribute at a point location: that is, spatially intersecting a point with a layer.

Spatial intersections allow you to use dwc:decimalLatitude and dwc:decimalLongitude with Contextual layers containing location information. For example, the record https://biocache.ala.org.au/occurrences/c5af2834-51fe-483b-9d78-a083e7018ac2 can be intersected with the IBRA 7 bioregions (https://spatial.ala.org.au/ws/layers/view/more/ibra7_regions) to inform you that it is in the bioregion called “Tasmania south east”.

When point occurrence data is imported into the ALA, either by ALA staff or by users (using http://sandbox.ala.org.au or the Spatial Portal’s Import | Points menu option), the locations are automatically intersected with all the environmental and contextual layers (see http://spatial.ala.org.au/layers) and stored against the record in the ALA’s occurrence database (the biocache, see http://biocache.ala.org.au).

Why do we use the terms ‘environmental’ and ‘contextual’ as a classification for the layers?

Environmental layers are defined as spatial layers that have continuous values and examples would be ‘mean annual temperature’, ‘ph’ and ‘annual precipitation’. These layers are stored as grids and in the Spatial Portal, and when mapped (Add to Map | Layers), you will see the icon next to the layer looking like a grid.

Contextual layers have what we call class values and examples would be ‘States and Territories’, ‘Local Government Areas’ and ‘Land cover’. These layers are usually stored as polygons and when mapped in the Spatial Portal and you will see a polygon icon next to the layer name (in the form of an outline of Australia).

Note that layer opacity/transparency can be changed and the layers higher in the list are mapped over those lower. You can change the priority by dragging a layer up or down in the list to achieve a suitable view: the topmost layers have priority in visibility over lower layers. You can drag a layer up and down to achieve the desired effect. In this case, you want species points as a priority over the precipitation layer and State and Territories.

The spatial intersections in this example are simply the values of States and Territories, and the annual precipitation at the location of the occurrences of Eucalyptus gardneri. In Figure 1, you can see at least the values for States and Territories using the legend for Eucalyptus gardneri by clicking on the drop-down box next to Facet and scrolling down till you find States/Territories. You can do this because this spatial intersection has already been stored against all the records in the biocache database; facet equates to a variable that has been indexed in the main (biocache) database and then exposed openly in the user interface in the Spatial Portal. 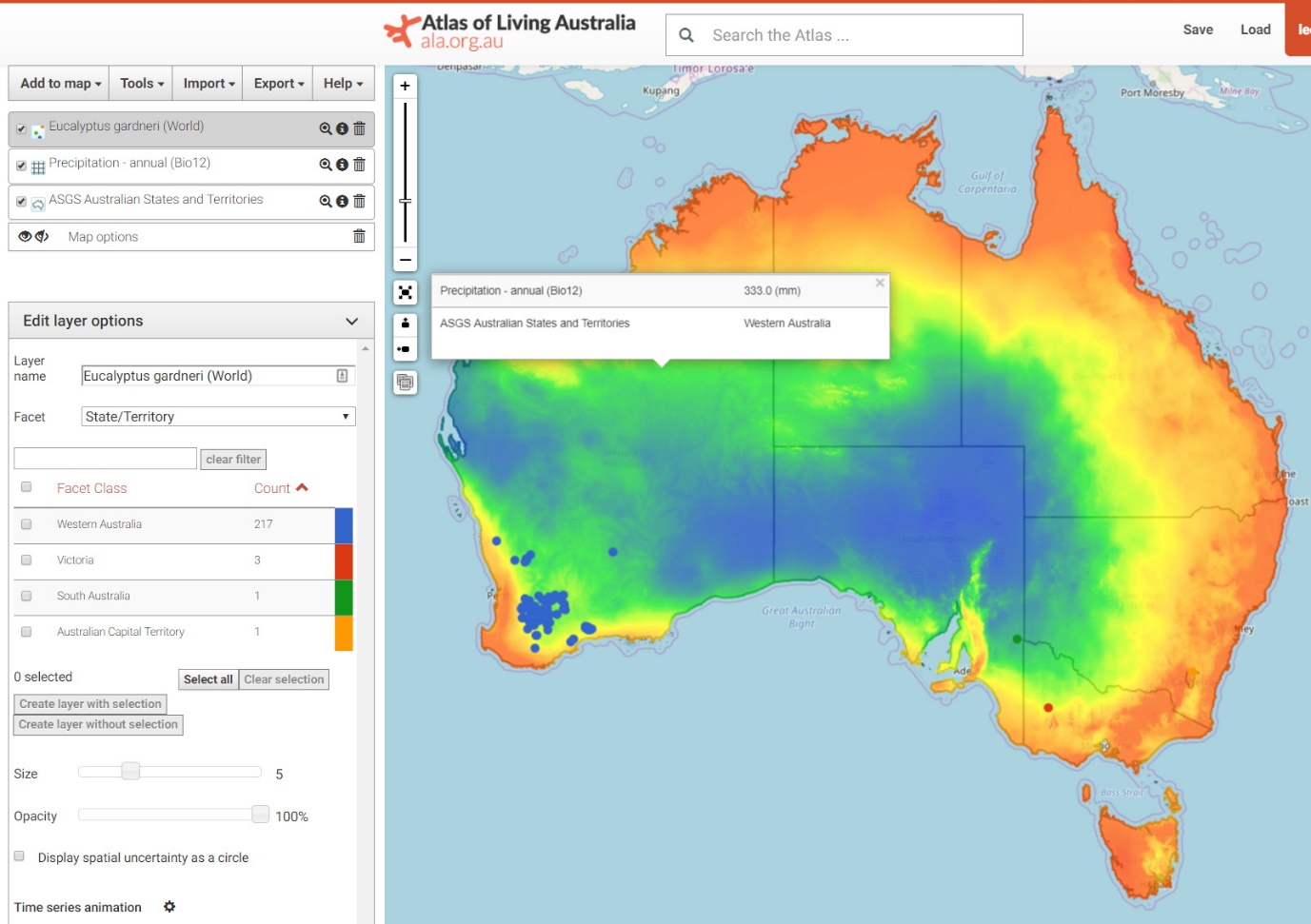 Figure 1. Spatial intersections on the map

You can see that most of the records in figure 1 are in Western Australia. The breakdown of the distribution of the occurrence records across the States and Territories can be viewed in the legend in the figure. At the time of writing, 217 records are in WA, 3 in Victoria, and 1 each in SA and the ACT. Note that you can order the classes in the legend or the number of records by clicking on the associated header.

You can also click on the map, and a pop-up box will be displayed with the values of the mapped layers displayed. In this case, I have clicked on a point in northern Western Australia where the annual precipitation is 333mm and the State/Territory, is Western Australia. 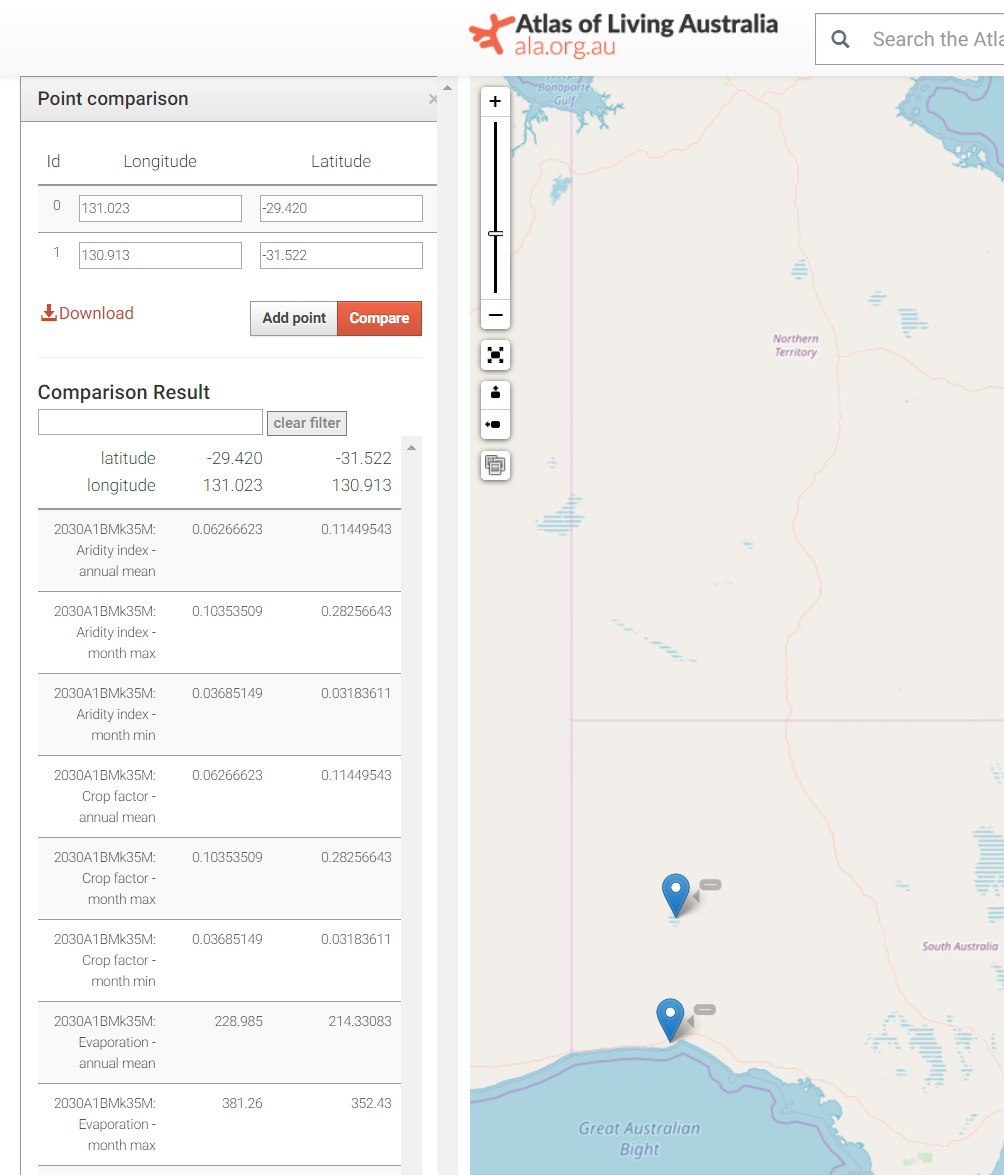 Note that contextual layers will not always provide a unique location. For example, ACT defines an area around Canberra and an area around Jervis Bay. A land cover class of ‘Built up’ could also be in any city or town.

Environmental layers are even more likely to provide non-unique areas. For example, where a temperature value could cover multiple locations. To get an idea of that, have a look at Add to Map | Area | Environmental envelope in the Spatial Portal. This is a neat option when you want to find out where a combination of environmental values occurs: the more environmental parameters you add, the more restricted are the associated locations.